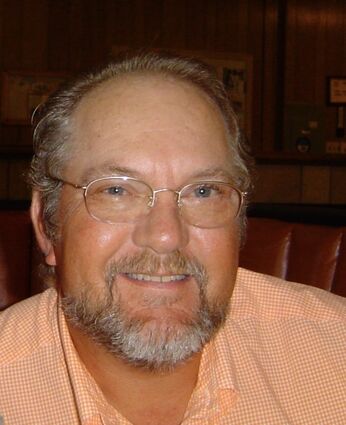 PARDEEVILLE, Wis. - George C. DeVries, age 72, of Pardeeville, passed away on Nov. 1, 2022, from a rare-aggressive cancer caused by his exposure to Agent Orange when stationed with the U.S. Air Force in Vietnam.

He was a 1968 graduate of New Trier West High School, North Field, Illinois. Following graduation, from 1968-72, he served in the U.S. Air Force and was stationed in Wichita, Kansas; from Wichita, he was sent to serve his country in South Vietnam. Upon his return from 1972-74, he worked for the Plumber's Inc. in Vail, Colorado. It was during this time in Vail, that he met and married his wife, Debra Turnbull.

From 1974-78, he served in the U.S. Army and was stationed in Kitzingen, Germany, and then in 1979-81, George attended Gogebic Community College Ironwood, Michigan, pursuing an associate degree while being self-employed as a plumber for Country Plumbing in Hurley, Wisconsin. He was a certified Master Plumber and Master Pipefitter in both the states of Kansas and Wisconsin. In 1981-82 he worked for C.G. Bretting Manufacturing Company in Ashland, Wisconsin; and from 1982-86, he took a position with Moiabed Crescent Hamco Ltd., a mechanical/electrical construction company in Damman, Saudi Arabia, as a mechanical superintendent. When he left Saudi Arabia, he moved to Port Austin, Michigan, where he held a position with the U.S. Government from 1986-88 as a plumber/pipefitter. In 1988, he was transferred to K.I. Sawyer Air Force Base south of Marquette, Michigan. When K.I. Sawyer was closed, he continued working there for the Marquette County; he retired as superintendent of the waste water treatment plant at K.I. Sawyer.

George married the love of his life, Debra Turnbull, at a beautiful candlelight ceremony on Jan. 19, 1974, at the Vail Interfaith Chapel in Vail. George was a devoted husband who shared his wanderlust and spirit of adventure with his beloved wife. They enjoyed traveling to see the world and explored out of the way places. He loved the simple pleasures in life, from spending special moments like dancing and singing with Deb at home, fishing, camping, and boating with his family, singing and playing the guitar, and elk hunting in Colorado with his brothers-in-law, Charlie and Ed Turnbull, and his son, Norman.

George devoted his life to serving others in both his career choices and the way he was always willing to help those in need. He had the kindest heart, gentlest spirit, biggest smile, and best laugh - his laughter was contagious and brought everyone so much joy laughing with him. Anyone who was fortunate enough to know George, learned that he was one of the truly good guys. George found joy everywhere and always saw the good in everything no matter what obstacles he might have faced. If he stumbled across lemons, he undoubtedly made lemonade. He lived for God, his wife, his loving daughter, Mandy; and son, Norman; precious grandchildren; and countless family and friends. Although he carried the scars of service in Vietnam, he remained positive. If you met George once, you were a friend for life and you could always count on him to be in your corner, cheering you on, or offering a helping hand. He always had a tale to tell and caring words to say, and he taught us all the meaning of generosity. Until we meet again George, keep singing and dancing with the angels, and continue to send us your love as we will send you ours.

Preceding him in death were his parents, George L. and Rose DeVries; and his sisters, DeeGee (Neil) Pawlicki and Debbie (Don) Tomczak.

A celebration of life will be held on July 8, 2023, in Ironwood, at the Lighthouse Faith Center at 11 a.m. He will be interred at Riverside Cemetery in Ironwood.